Over the last month or so, I have gotten a few inquiries as to my thoughts on this article which reports that a recent study showed no added benefit for patients who performed pelvic floor therapy following a periurethral sling surgery for mixed incontinence. This person knows that I am a huge advocate for pre and postoperative rehabilitation for patients who undergo abdominal and pelvic procedures. It is still so surprising to me that in most extremity surgeries, rehab is a given, and yet many of the more peripheral surgeries are shrugged off with a blasé “oh, you’ll get back to normal eventually.”

This study of approximately 400 women showed that individuals who received therapy in addition to the surgery did achieve better outcomes in both the primary (adjusted mean change of 128 vs 114 in the surgery only group) and secondary outcome measures (change of 45 vs 39), but the difference between groups failed to achieve the MCID threshold they had established for the Urinary Distress Inventory total score (primary) and irritability score (secondary).The difference between the groups was statistically significant, but because the authors had determined ahead of time that the difference should meet MCID in order to be considered clinically significant, their conclusion was that pelvic floor therapy did not add significant benefit to outcomes for these patients. Of note, MCID for this outcome measure has not been definitively established in the literature, so the researchers estimated it to use for this study.1

The protocol for this study (the ESTEEM protocol) is published separately and available here.

The ESTEEM protocol (which for the purposes of the study in question was administered by “centrally trained professionals” who could be either a physical therapist or a nurse (the study did not mention how many of each profession were included) includes the following:

In this study, per the protocol, patients were seen once preoperatively, and 5 times postoperatively (at 2, 4, 6, 8 weeks, and 6 months).At the preoperative visit, patients were given anatomical education, information about bladder training, and were taught to do a proper pelvic floor activation and elongation using digital and verbal feedback. At the postoperative visits, patients were interviewed regarding changes in their bladder symptoms, then their ability to contractapplau the pelvic floor was reassessed. If they could contract it correctly, the importance of adherence to the home program was emphasized. If they could not, correct form was reiterated. 2

I applaud the authors of this study for performing more than just Kegels in their protocol, as many similar studies look at Kegels only. This is an excellent step in better understanding the clinical applications for this information!

I would strongly argue that this study protocol in no way replicates what I would view as typical/appropriate postoperative pelvic floor rehabilitation. Isolated pelvic floor muscle contractions absolutely have their place, but like scapular retractions, they really should not be the end all be all of muscle training. The main benefit of Kegels is in helping patients find their pelvic floor! However, the pelvic floor is well known to activate and work in collaboration with the rest of the core musculature during functional movement, and patients with stress incontinence (mixed incontinence is a mixture of stress and urge incontinence) especially need these muscles to be working in good synergy. On that note, intra-abdominal pressure regulation is incredibly important, and cannot be addressed with pelvic floor muscle activation alone. Additionally, scar mobilization, visceral mobility work around the bladder, and pelvic floor myofascial work (if overactive) are likely to be crucial components. 3, 4, 5, 6

In short, I honestly don’t feel that you can draw the conclusion that pelvic floor rehabilitation is not a useful adjunct based on this study. And in fact, the authors don’t do that. Their conclusion statement reads “Among women with mixed urinary incontinence, behavioral and pelvic floor muscle therapy combined with midurethral sling surgery, compared with surgery alone, resulted in a small statistically significant difference in urinary incontinence symptoms at 12 months that did not meet the prespecified data for clinical importance.” I think at best, you could say that this specific protocol did not seem to produce the change that the authors had specified as clinically meaningful. However, using this study to say that women should not receive pelvic floor therapy following midurethral sling surgery makes about as much sense as using a study that used quad sets only post total knee replacement to say that patients don’t benefit from PT following TKA.

I would love to see a study that attempted to establish a comprehensive PT protocol, based on best currently available evidence, that treated the entire body (including assessment and treatment of core, hip, and pelvic girdle muscle strength!). Hmm, sounds like I need to go work on another protocol…and grant application!

What are your thoughts on this study? I certainly realize I have some bias as a physical therapist who passionately believes that when we deny people postoperative rehab, we are in turn denying them a speedily achieved ideal outcome, and would love to dialogue if you disagree (or agree!) with me. 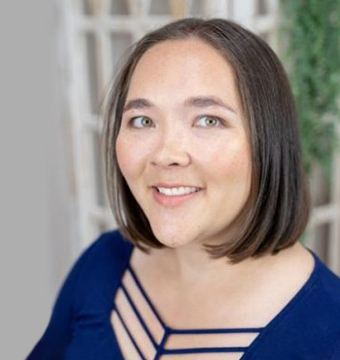 Dr. Jennifer Stone graduated from Texas State University in 2009, and completed her transitional DPT through MGHIHP in 2010. She completed an orthopedic residency through Evidence In Motion in 2010 and is a board certified orthopedic clinical specialist through the American Board of Physical Therapists Specialties (ABPTS). She received a pelvic health certification through Herman...

Yes, definitely look up a local physiotherapist! Hopefully someone nearby can give you a hand.

I was looking for help for my friend with crohns resection. She needs rehab. Also presurgery for myself for hip dyspraxia.Your expertise makes a lot of sense. I already found for myself , scrunches and bridge exercises every morning improves bowel and urinary function. Will look up uk help. Thanks

We just need more PTs (who have extensive clinical practice experience!) doing research, I think! I agree that I think the authors are representing what they believe to be best clinical practice, and I think they just don't know....and there are many pelvic rehab providers who do practice like this. So yup...we just need to be a really vocal minority/change agents!

Excellent reply, and I totally agree! It makes me sad that this study doesn't mention that this is only a small part of appropriate post op rehab, The way it reads, I assume they don't know. I feel it does a disservice to patients, students, and other medical providers to represent "therapy" in this way.