Six Degrees of Kevin Bacon and The Opioid Crisis 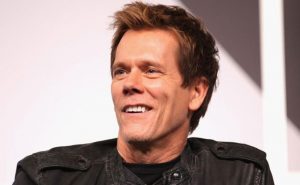 Have you ever played Six Degrees of Kevin Bacon?

It’s a game based on the “six degrees of separation” concept, which contends that any two people on Earth are six or fewer acquaintance-links apart.Experiments to test this hypothesis have deemed it an “academic urban myth,” but it can be fun to see social connections and realize our world is sometimes quite a bit smaller than we think.

Quite the opposite of fun is the reality that we are living in an era when we can think of the one or two or three degrees of opioid carnage that any one of us may intersect with.Of course, those of us in the health-care world have a higher likelihood to encounter patients and families whose lives have been forever altered by opioid addiction.

But stepping outside of our professional space, we have all likely been touched by tragedies related to misuse of prescription pain killers.

I heard a story from my mom last week of a gentleman “2 degrees from her” who recently ended his own life in a parking lot of a pain clinic, leaving a horrific mess in his car and a damning note for those who had “failed him” in his quest for pain relief.His tapering plan did not suit him.So that’s a 3-degree opioid tragedy for me.A friend of mine recently had her divorce finalized.She’s a health care professional whose husband could not, would not, discontinue the use of opioids for chronic back pain.It rendered him absent as a father to their children, unemployed, and emotionally unavailable to her, and she just couldn’t do it anymore.That’s a 2-degree for me.The lovely, kind, attractive, intelligent physician who delivered my eldest son was found in her recliner at home, passed away due to an accidental overdose of hydrocodone a few ago.Her husband was a pharmacist.That’s one-degree for me.

How many degrees away are you from an opioid tragedy?

According to the CDC, 46 people die every day from prescription opioid overdoses, and this does not include those seeking (and succumbing to) heroin, a substitute to satisfy their addiction when their providers stop prescribing.That works out to one person dying every 31 minutes. I just did the math. “Unintentional poisoning,” a.k.a. drug overdose, is the most common cause of accidental death among American adults ages 25 to 64, ahead of motor vehicle accidents and suicide.

I usually write upbeat and encouraging blogs for EIM.But there are times when even the greatest optimists can’t deny the sadness and disgrace of what is going on around us.And as I ponder the numbers and my personal closeness to these tragedies, I wonder, “How many more people are going to have to die before we get a handle on this?”

More importantly than wondering about abstract futuristic questions, we each need to ask, “What’s my role in seeing this tragedy end?”Next time, I plan to write about my patient and, dare I say, friend, Callie (which is an alias of course).Callie has a story to tell that is not as dramatic as what I’ve noted above.It’s actually more similar to what I usually like to tell: it’s a story with a happy ending.But before we go there, I think it’s sometimes good just to sit in the “ick” of what is and ask ourselves, “What am I going to do about it?”Until next time, 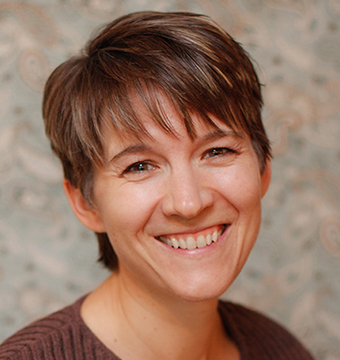 Jessie is a physical therapist with 21 years of experience and a passion for changing how pain is treated in the U.S., particularly when it comes to children. Current Roles: Clinician, Phileo Health LLC Program Director, EIM Fellowship in Pain Sciences Research: The clinical application of pain neuroscience, graded motor imagery, and graded activity with...

CJ, Thank you for sharing this. I am very sorry to hear about your family's loss. You are so right. The "ick" often prompts us to act, and action is what we need to move forward. Thoughts and prayers being sent your (and your family's) way for healing... Jessie

Thank you for this post. I am embarrassed to say that while I felt the "raging war" on opiods I somehow stayed detached. It is amazing how once it hits close to home, my whole life has changed. My cousin just died (he is survived by a wife and 5 kids) from an overdose. Our family is grieving. It makes me stop and think... what other issues do I need to wake up to? I am sitting in the "ick" right now and it is a good place to sit. Change, passion and transformation often happen in the "ick". Thank you again.

Soren, Thank you for the comments. What an extremely difficult situation for you. I give you a lot of credit for your courage in speaking truth into your patient's life. As with many things of crucial importance, we often are only able to plant seeds, and trust that somehow they take root when the time is right. You did the best thing that you could do in the situation, and I too hope your words sink in and that he finds the help he needs. Thank you for sharing. Jessie

Thanks Jessie, for opening our eyes. Also just listened to your Pain Reframed episode, well done in both cases! This brings to mind a patient of mine who is in his 30s, disabled, a good father, who has been on methadone for years for chronic pain. As he sat in my clinic week after week wondering why everyone wants him to stop taking these meds that they gave him in the first place, I finally had enough and said You are going to die. You are going to need higher and higher doses of this stuff to get the pain relief you expect, and eventually you are going to go to sleep and never wake up. And your son needs his father, your wife needs her husband. I wish I could say it woke him up to reality, but it didn't. Maybe before it's too late something I said will get through to him. I hope someone is there to put him on the right track when it does.