Too Many Too Many’s – NSAIDs

We are thirsty in the rain.We have too much medical care and not enough “health” care.

This is the second in the series of Too Many Too Many’s and today we would like to highlight the overutilization of non-steroidal anti-inflammatory drugs (NSAIDs) both medically prescribed and self-prescribed. More than 70 million prescriptions for NSAIDs are written each year in the United States. With over-the-counter use included, more than 30 billion doses of NSAIDs are consumed annually in the United States alone. Let me restate that 30 Billion with a BIG B! That is a remarkable testament to the liver and kidney function of US citizens.Unfortunately, maybe it is not.

NSAIDs are implicated in nearly 25% of all adverse drug reactions, with the most commonly reported effects being GI irritation. NSAIDs increase the relative risk of GI hemorrhage by approximately three-fold, although estimations as high as 10-fold have been reported in the literature.

The second most common type of adverse effect occurring with NSAID use involves the renal system. NSAIDs are commonly known to cause acute kidney injury (AKI) through multiple mechanisms, accounting for 16% of all drug-related renal failure. Besides producing a reversible renal failure, NSAIDs are known to cause acute interstitial nephritis (AIN) with hematuria, proteinuria and flank pain as well as acute tubular necrosis (ATN).

In our region of the country, endurance athletes are common.NSAID use is widespread among this athletic population particularly in marathon and ultramarathon running. It is estimated that as many as 75 percent of long-distance runners take ibuprofen or other NSAIDs before, during or after training and races. This is alarming in light of a recent study, which noted increased rates of acute kidney injury in endurance runners who took ibuprofen.The authors used creatine levels as a surrogate marker of acute kidney injury but the results remain pretty convincing.The authors also reported a number needed to harm (NNH) of 5.5.

Meaning for every 5-6 runners taking ibuprofen one would have renal injury.

Given that the number one reason individuals access physical therapy is for painful conditions it is imperative that we have honest conversations with our clients on their NSAIDs usage and their knowledge and understanding of the potential side effects. I am consistently amazed at the level of use of these drugs whether prescribed or over the counter.We need to be part of the conversation and begin decreasing the use and volume of use of NSAIDs in this country. 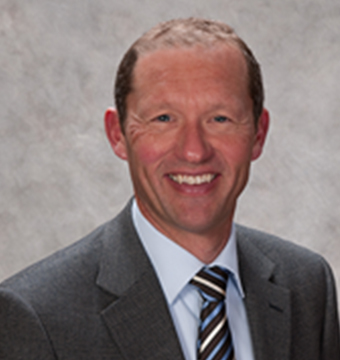 Insightful as always. Thanks for sharing, Tim. Curious to hear your thoughts on how this relates to the opioid epidemic as NSAIDs are often considered a safer alternative to pain medication. Would you still consider NASIDs as part of a balanced rehab program including pain science education, therapeutic exercise, etc?

All good stuff! Given the incidence of NSAID-related acute renal failure, does anyone have some references regarding the relationship,if any,between NSAIDs,dehydration(very common in marathoners), and rhabdomyolysis? All three of these factors have the individual potential for kidney failure. How about in combination???

Shane, my wife is a school nurse and daily struggles with student/athletes coming in to get a dose of "vitamin I" because of misinformation and thinking they need it to get through practices and games. Side note: She has shared with some of the boys that use can cause an increase in erectile dysfunction. Want to get a high school boy to change behavior, tell them taking to much ibuprofen could change their manhood parts not working as well. Bit of a scare tactic but they listen. :)

Great stuff Tim. I remember reading how hard it is to change behavior with endurance athletes and their NSAID use. Ultra-marathoners are notorious for loading up on NSAIDs prior to a race. Based on the thought that running a 100 miles might cause some inflammation and inflammation is bad so let's pre-Rx it. Reluctantly some researchers got a group of runners prior to a race to randomize into 2 groups. One took their normal NSAID dosages prior to race day and the other had to go without. Those that went without weren't overly happy anticipating poorer performance and more pain during recovery after the race. Well after it was all done, those that went without the NSAIDs had no more discomfort during the recovery process and actually showed potentially improved performance (not decreased like they thought). The researchers shared the findings with the participants. We would think that after knowing that taking NSAIDs prior to a race did not change recovery and potentially produced poorer performance that everyone would quit taking them. Nope, less than 20% changed their regular practice of taking NSAIDs prior. We have a long way to go in continuing to educate the public and changing behaviors. But then again that is our job in providing health care and not medical care.

Tim - Thanks for the perspective on NSAIDS. Unfortunately, this problem hits too close to home for me as I am sure that it does for many others. In the Midwest, we also have a fair share of endurance athletes. I have worked with several high school athletes who have been coached that Ibuprofen is Vitamin I, just like in the NY Times article referenced in the blog. I am afraid that this mentality is much more widespread than I would like to believe, but unfortunately these reference to drugs as vitamins is propagating long-standing habits. I just had a conversation with a mother/track coach who was concerned about her son’s habit of routinely taking IBP on into his college running career after the Vitamin I was instilled in his training routine in high school. He had no reason to be taking it other than thinking it was good for him because it was a “Vitamin.” Only after being presented with data on the harms (not only GI, but performance-based) did he realize it was not actually a Vitamin. And this is a smart college kid. How many others are being misguided?