Barely into April, we see lots of interesting news items happening in our PT world:

Hypocrisy  Calif AMA Charlie Sheen wasn’t the only piece of work out of California these past several weeks.  The debacle known as AB 783 stoppopts has taken an interesting twist.  Calif AMA is coming out in strong opposition of AB 1360 which in essence allows healthcare districts to directly hire physicians.  Why might you ask?  Cause of course this would allow hospitals undue influence on doctors  and would compromise care.  However, Calif AMA strongly supports what looks like a revised bill AB 824-per their argument “cleans” up language that doesn’t allow PT’s to be solely independent contractors and thus be rightfully employed in physician’s corporations  where they of course would never be under the undue influence to compromise patient care.  This is almost as funny as their own physician testimony to the history of PT and their contention that we don’t have our own professional association!

EIM “pinhead”  of the month Dr. Bert Apparently, even the Orthosupersite dropped his presentation gem which bragged amongst other things of putting “60% of PT’s  in S Carolina out of business”. Did they drop this because of the current Calif stopPOPTS or because we suggested that it could serve as a good foundation for restraint of trade lawsuit?

Congrats to Private Practice Section for timely response to ACO and their lobbying efforts including a member free upcoming webinar on ACO’s as it relates to private practice.

Privatizing Medicare Completely There is now discussion based on budget proposals to completely get the government out of medicare and instead allocate dollars or vouchers to beneficiaries who would choose a private carrier.  While on the one hand this might get rid of CMS’s superimposed rules, it might also end up looking like OrthoNuts for Seniors (side note: keep those appeals going as it is our only chance to rid their ability to prey on PT practices).

Strange but true While on spring break this past week, I got an email from somebody who wanted to buy my @physicaltherapy.  No, not my twitter tag but my physicaltherapy name on the incredibly popular  “words with friends” game.  Maybe it was a California doc not wanting to unduly influence me?  I didn’t sell!

Manipalooza 2011 While on spring break, I prepared my Manipalooza talk.  This is an EIM event taking place May 21-24 (full disclosure, I am a principle in EIM as if you didn’t know but blog regulations make us do this).  The first half day (the only part where they let me in) are all provocative talks where each speaker is given no more than 20 minutes and must have a symbolic and representative song.  The balance of the festival is manual therapy and EBP ad nauseam.  I will try and make a compelling argument that for patients and for the overall good of healthcare reform that PT’s are THE Positive Deviants and my song is Backstreets by the boss. 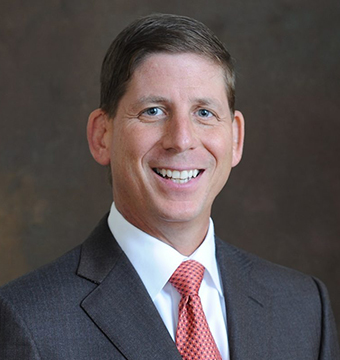 Dr. Larry Benz, DPT, OCS, MBA, MAPP, is the President/CEO of Confluent Health. He is nationally recognized for his expertise in private practice physical therapy and occupational medicine. Dr. Benz’s current areas of interest include conducting research and integrating empathy, compassion, and positive psychology interventions within physical therapy. He will be releasing a book in...